“The list of Highly Cited Researchers from Clarivate TM identifies scientists and social scientists who have demonstrated significant and broad influence, reflected in the publication of multiple papers frequently cited by their peers during the last decade. For the Highly Cited Researchers analysis, the papers surveyed were the most recent papers available to us – those published and cited in the respective last decade and which ranked in the top 1% by citations for their ESI field and year (the definition of a highly cited paper). A second criterion for selection is a citation count to highly cited papers that ranks the individual in the top 1% by total citations in an ESI field for the period surveyed.” (from the Clarivate Executive Summary Highly Cited Researchers 2021) 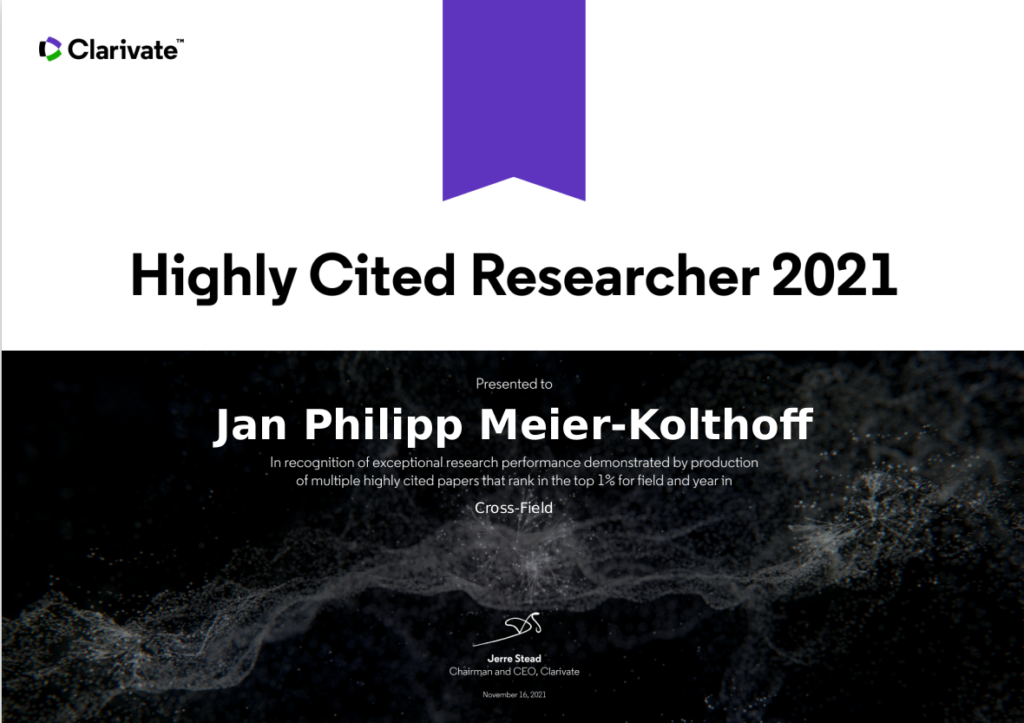 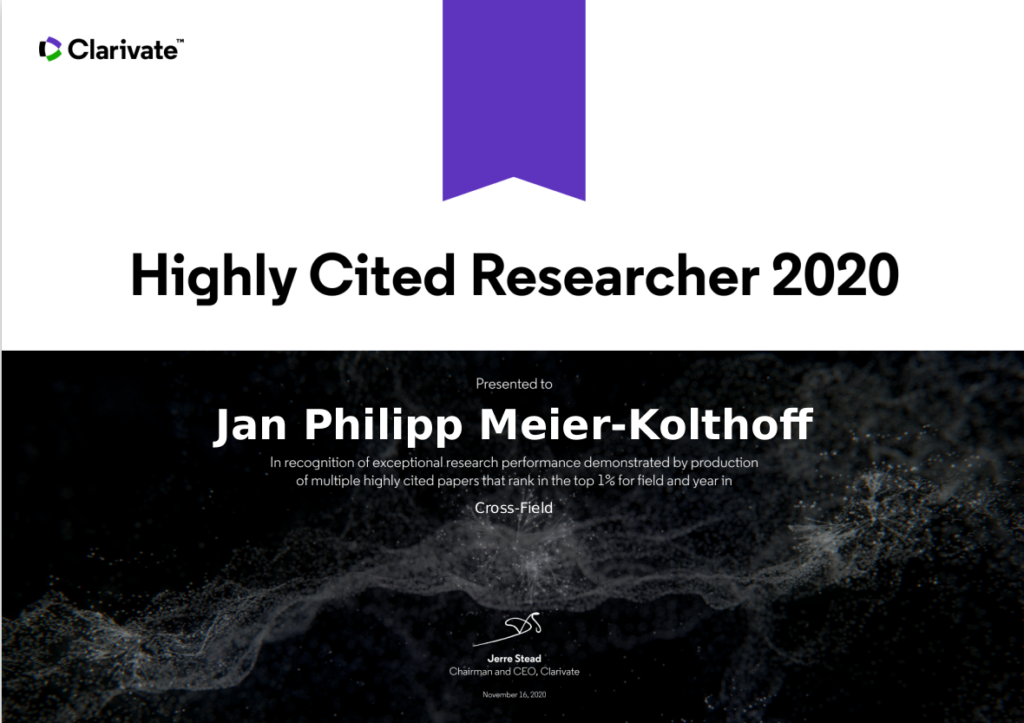